THE COASTAL URBAN HISTORY'S COMPLETION OF THE PHOCAEAN CITY

The Lacydon's calanque is the place where, in the 7th century BC, the Greek Phocaeans founded what is today the Vieux-Port of Marseille. But it's during the 19th century that the city became one of the world's first ports, reaching saturation point for the Lacydon. The industrial revolution plunged then the city into a transformation towards the modern era. This is the time when Notre Dame de la Garde, the Canal, the Prefecture and the Church of the Reformed take their life, but above all, the Saint Charles train station and the industrial port in the direction of the Arenc cove.

In the last century, the port of Marseille is losing momentum, faced with the international competition, after periods of war and decolonisation. The port districts deteriorate while petrochemical and steel activities conquer new areas towards Fos and The Etang de Berre. However, in the twilight of the second millennium, the Phocaean city embarked upon the greatest urban renewal operation in Southern Europe. Started in 1995, Euroméditerranée considers a new city in the city, following the principles of sustainable development : economic growth, respect of the environment, social equity. Beyond the operations of heritage refurbishment, infrastructures modernisation, and equipments creation, great emblematic projects bring a wind of change to Marseille, to fit it into the lines of the future. 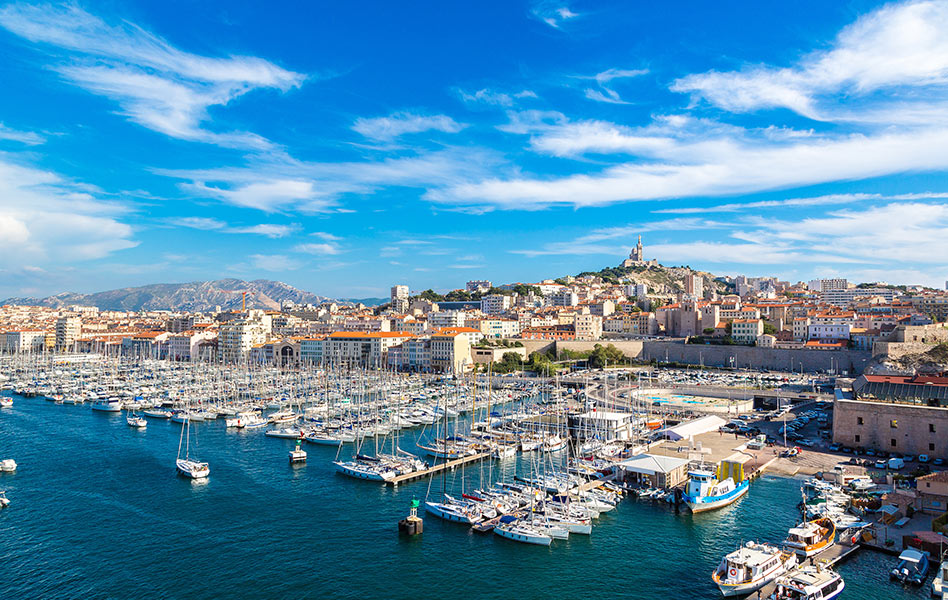 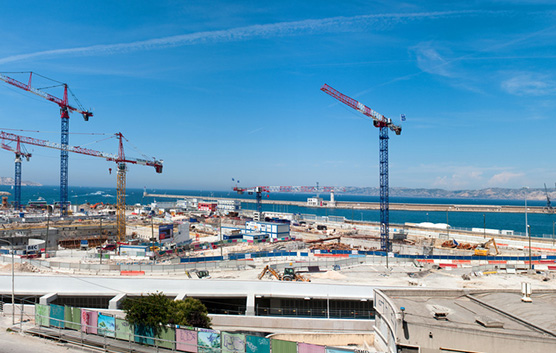 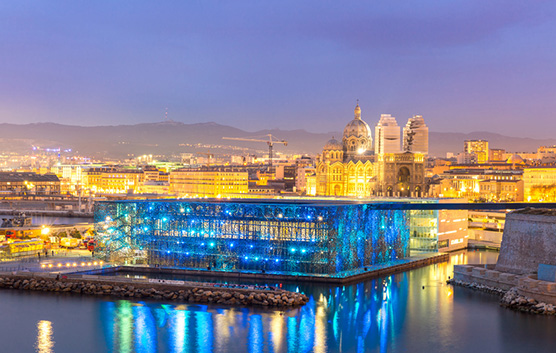 The CMA CGM Tower, designed by Zaha Hadid and delivered in 2010, welcomes in its glass and steel exponential curves the French national naval pride, the world's third container ship-owner. The MuCEM, at the Fort Saint-Jean's foot, is, since 2013, a cube of “stone, water and wind”, according to its architect Rudy Riccioti, destined to be more than a museum of civilisations: a genuine crossroads of the societies, organising reflections, forums and debates around temporary exhibits. Massimiliano Fuksas conceived the Euromed Center, in progress, reminding shapes of dolphins jumping in the waves, gathering a convention centre, a 4-star hotel, a shopping mall, and a 3000 seats multiplex cinema. We can also present the Contemporary Art Region Collection, thought by Kengo Kuma and opened in 2013, whose hollow facade reveals the most current original works, conferences, and documentary resources.

The Arenc neighbourhood, major historic place of Marseille's port evolution, is a privileged area in the heart of this National Interest Operation, already welcoming two symbolic creative projects. The former grain silo, typical industrial heritage, has become an auditorium in the style of an Italian theatre. The district quays will receive 4 tall buildings classified High Energy Performance, between new generation offices, high standing accommodations, and shops. But most of all, the Parc Habité, true contemporary garden-city, was born over the industrial wasteland. The 2000 flats are skilfully and richly garnished with great private and open gardens greening the public space. Beside the closeness with the European Hospital and the multimodal hub of Arenc, these accommodations will benefit from a marine geothermal power plant providing half of their energy needs.

In an innovative urban framework, the symbolic architecture projections of Euroméditerranée provide to Marseille a unique city profile of international standing, in agreement with its time, and planned towards the future of the capital European cities.

In the heart of the new Marseille, two steps from the MuCEM and facing the sea, the new residence Le Castel combines the distinctness of a contemporary architecture with the character of the thirties. Part ...

The Lacydon's calanque is the place where, in the 7th century BC, the Greek Phocaeans founded what is today the Vieux-Port of Marseille. But it's during the 19th century that the city became one of the world's first ports, reaching saturation point for the...