Lyon, capital of the past, and metropolis of tomorrow

PLANNING OF THE FUTURE OF THE RHONE

Lyon possesses a past, a present and a future. The capital of the Gaules belongs to the closed club of the 20 most attractive cities in the world, according to the 2014 IBM Global Location Trends report, and of the 10 most innovative cities for 2thinknow. For the APEC, Lyon is also the most attractive city of France, while an OpinionWay study has ranked it third best place among the French cities for which employees would be ready to move in. In addition to its Unesco-listed heritage and its famous gastronomy, the capital of Rhône-Alpes can rely on a dynamic image based on an efficient economy and a sought-after life setting. Biotechnologies, transports, chemistry, digital, and research activities contribute to the reputation of Lyon in high-tech sectors. Sanofi Pasteur, Suez Environnement, Veolia, Areva, Atos, IBM or Cegelec contribute to the good economic health of the Lyon metropolis.

The second arrondissement illustrates the ambition and the expertise of the Rhône capital in matter of urbanism and architecture through many projects like the Confluence district. This southern territory of the peninsula shaped by the Rhône and the Saône is the spearhead of the city renewal, to transform a traditional area dedicated to industry and transports into a city centre residential neighbourhood in an exceptional natural setting. The development of this district allows to open up an untapped zone with an innovative and attractive urban potential, bringing out the river landscape assets of the site. 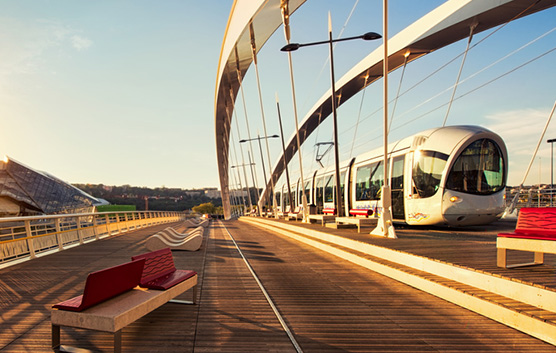 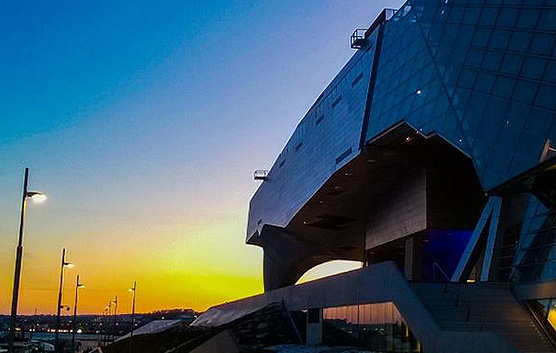 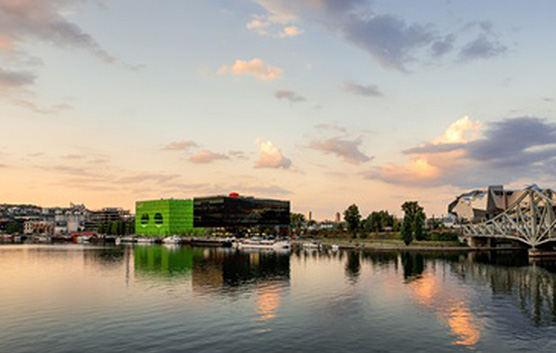 Another recapture of wilderness, “La vie grande ouverte” promises an original town conversion to the former Saint-Joseph and Saint-Paul prisons. Located right near the Perrache rail station, the first will give way to a genuine residential district, with intergenerational housing, shops, restaurants and offices, while the second became a campus of the Catholic University of Lyon, opened for the 2015 school year. In the same spirit of decommissioned space recycling, the Hotel-Dieu and its mythical facade will be brought up to date as an area dedicated to the pleasures of city life, with shops, botanical gardens, cafes and restaurants.

Finally, genuine works of urban planning lived everyday by all the inhabitants of the 2th arrondissement see the day. The Place Jacobins went through an aesthetic and practical restructuring to highlight the central island, that will become a place of relaxation as well as an easier and enliven pathway for pedestrians. The Saône banks will become a major link for the residents of Lyon, not for transportation or utilitarian, but for their well-being and their serenity. By preserving the natural richness of the site, a succession of specific settlement will give life to a playful and relaxing route, opened and lively, between promenades, dispersed works of art, and water activities.

During the establishment of the Roman Empire, Lugdundum has been the capital of the Gaule Lyonnaise, in which Lutece was just a minor city, and it became the first city there to get the right of citizenship by Rome. It's hard to imagine Lyon outdoing the French capital in the next few years, but aren't we building the more distant future from today ?

Lyon 5th - In a park, between Saint-Irénée and Saint-Just, on the hill of Fourvière, only 10 minutes from Bellecour, the Lugdunum residence is dedicated to the lovers of beautiful volumes in a human scaled ...

Lyon possesses a past, a present and a future. The capital of the Gaules belongs to the closed club of the 20 most attractive cities in the world, according to the 2014 IBM Global Location Trends report, and of the 10 most innovative cities for 2thinknow. For the APEC, Lyon is also...