Grenoble, pioneer and exemplary in Eco-neighbourhood in France

FIRST CITY OF FRANCE TO GET THE LABEL, AND LABORATORY OF TOMORROW'S HOUSING

The Eco-neighbourhoods flourish in France  since 2008, putting into practice new ways of living in mastered town planning and sustainable development ethics. In a reasoned use of resources and space, they allow a high quality of social life, a softened lifestyle, and a reconsideration of nature as an integral part of the city. They fall within an approach of ecological transition in urban environment, while foreseeing and adapt to the climate change, promoting social functional and energy harmony in town.

As soon as 2008, France launched the Eco-neighbourhood approach, leading to the National Label in 2012. It concerns a town planning following the principles of sustainable development while being adaptable to the area features. The project commits to the involvement of all participants of the city, the contribution to improve daily life in a healthy and secured setting, and joining in the land economic dynamism.

The first call for proposals was launched in 2009, and Grenoble stood out first, receiving the Grand National Prize for conversion of the Bonne district. Following the fixed standards and even innovating for the recycling of old accommodation to mix it with new housing, Bonne favoured social diversity and constructed a positive-energy building, defining the essence of an Eco-neighbourhood : responsible materials, landscaped arrangement and integration moulded in the urban environment. 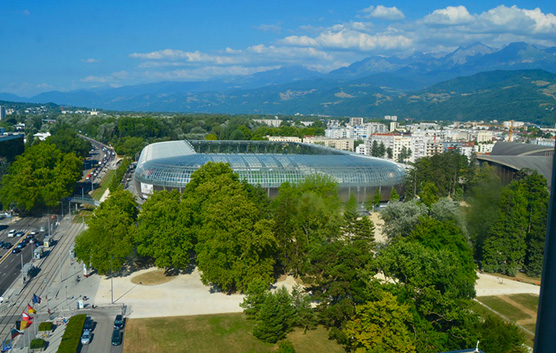 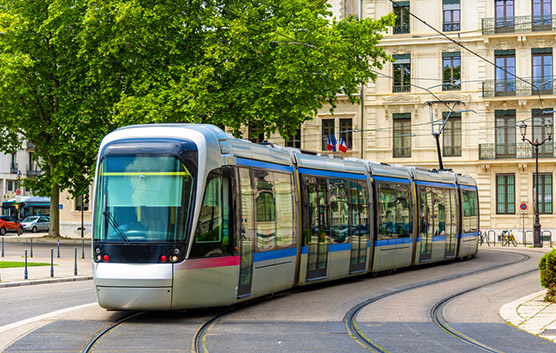 But the capital of Isère did not content itself with the ignition of a national impetus, and made it a perpetual motion. In 2013, Bouchayet Viallet was recognised as an exemplary operation, and the following year, the Blanche Monier project got the national seal of approval. Its purpose is to develop the social housing in this city district while maintaining the vitality of economic activities. The distinctive assets of this Eco-neighbourhood are its green and blue thread, complete hydraulic system allowing rain water retention and limiting the leakage rate by the use of nature, or a shared car supplied by the building developer for its inhabitants, and electrical outlets in the car park.

Grenoble keeps going on its innovation enthusiasm of the modern ways of life as a laboratory of tomorrow's housing. Therefore, it is on the GIANT peninsula, Grenoble Innovation for Advances Technologies, that new urban experiences are attempted with Canopea. Housing prototype blending scientific research and sustainable town planning, it offers individual accommodations with shared services. It is so the whole spirit of the city that looks towards a better lifestyle and innovation in housing to prepare our way of living in tomorrow's city.

Les Ateliers program is located in the former industrial area of the ARaymond society, and benefits from a large choice of shops, boutiques and restaurants. Public transports nearby will make your daily life easier with ...

The Eco-neighbourhoods flourish in France  since 2008, putting into practice new ways of living in mastered town planning and sustainable development ethics. In a reasoned use of resources and space, they allow a high quality of social life, a softened...