The Grand Bornand, happiness for kids only ?

In the myriad of ski stations giving French Alps its richness, it might seem hard to make its choice and to find the one that will meet all your needs of sledging, atmosphere, change of scene, pleasure, and in the end, of happiness. Each one has its speciality, and Immo Expat takes you to discover the pearl of Haute-Savoie, the station with only one purpose : bring happiness to everyone coming to meet it, and so inevitably to you.

The Grand Bornand is nestled between the massifs of Aravis and Bornes, first Alpine foothills to the North-West. The traditional village of Haute-Savoie has known how to preserve the traces of its past, as a 17th century mountain hamlet, present in its wood and stone, like its grenette, a covered market, its place or its church, whereas the ski slopes starts 6 kilometres and 300 metres higher in altitude, going up through the pastureland of the Chinaillon valley. Therefore, the station is 30 minutes away from Annecy, and even 45 minutes from Geneva city centre and its international airport.

In this peaceful and authentic setting, the Grand Bo' found its reason for being a privilege : bringing the happiness to the whole family. Its « Family Plus » label recognises the quality of the services proposed for all ages, and the advantages available for their greatest pleasure, like the adapted ski pass. In addition to the services of nursery and kindergarten for the youngest, the ski schools and the four sledge slopes will delight the children, as well as an exclusive club of Nordic activities such as snowshoes, cross-country and biathlon, in a fun area. 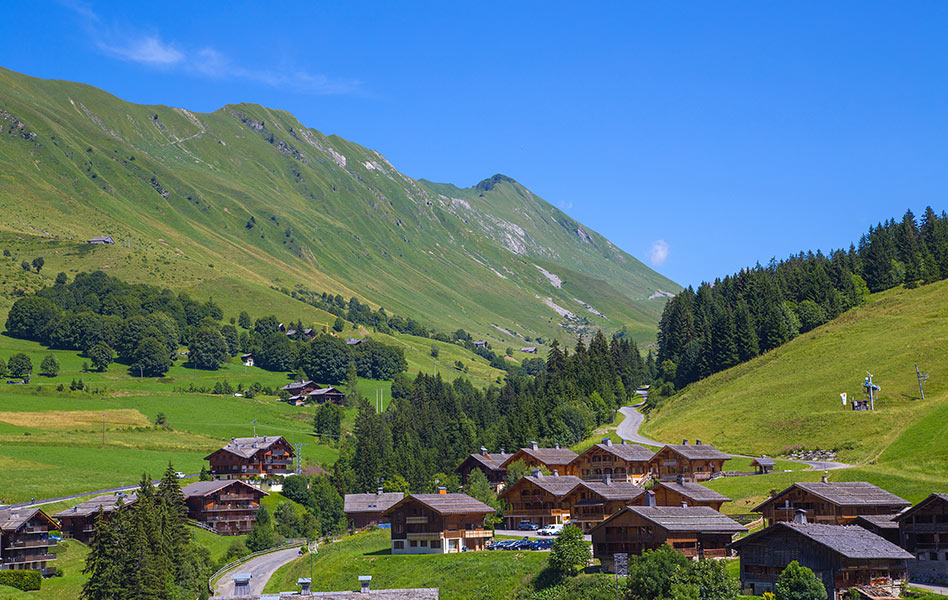 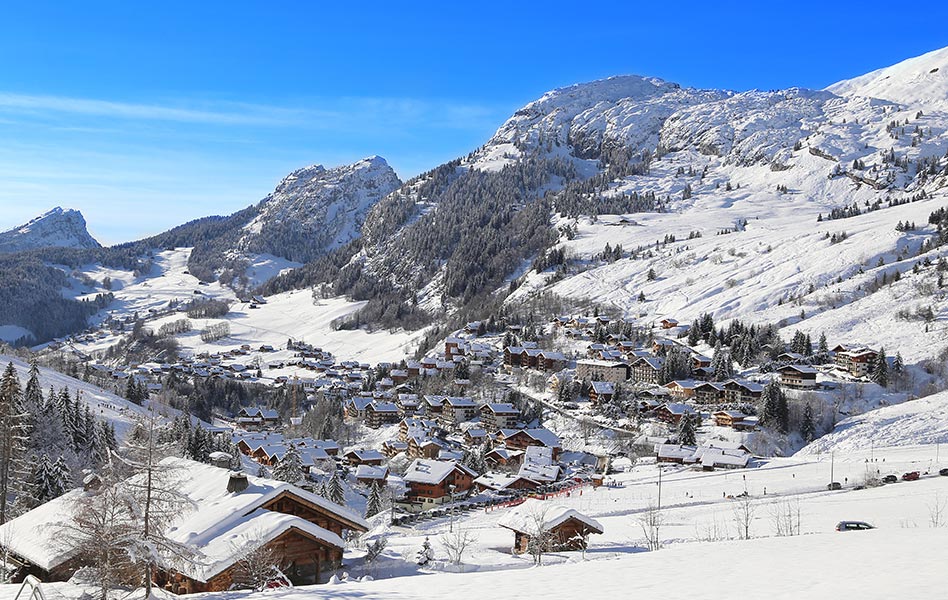 Big ones won't be outdone as the station offers a unique diversity in its skiing area, but also in the kinds of board sports proposed : ski, snowboard, skibike, yooner, or even snow-scoot. The station owns one of the best snowparks in France but also the Envers slope, with 1100 metres of difference in height, allowing a journey back to the station skis on foot, and even a night skiing slope for those who wants more than daytime. Last, fans of Nordic skiing will be fulfilled with two sites for 58 km of slopes.

However, it is during the sweet season that the Grand Bornand reveals its true nature and purpose : to thrill hearts of all ages. Sure, hiking on foot or by bike at the Peyre lake, via-ferrata or treetope adventure climbing, lake fishing, paragliding, or even horse riding along its valleys can represent numerous opportunities reasons to fulfil a summer with incessant emotions. Indeed, the station encounters 40% of its annual tourist activity in warmer months. But the reason for such a summer fondness is way more unique and imaginative, because in August, the whole Grand Bo' becomes the place of the first European paradise for kids.

For more than 25 years, « Au Bonheur des Mômes », the festival of living show for young audience takes possession of the Grand Bornand, and its streets belong then to jugglers, clowns, acrobats, narrators, poets, and other entertainers giving starry eyes to children of all ages during a week. In this natural setting drawn in shades of green and browns, under the marquees, over the gentle grassy slopes, passing by a street, in an auditorium, the whole Grand Bo' turns into an arena of circus, show, theatre, dance, games and adventures, coming straight from the most enchanting dreams.

MGM proposes its new high-end property program : Le Roc des Tours. This residence, composed of three chalets, enjoys an exceptional location ! Facing the slopes and due south, with a sublime view over the ...

In the myriad of ski stations giving French Alps its richness, it might seem hard to make its choice and to find the one that will meet all your needs of sledging, atmosphere, change of scene, pleasure, and in the end, of happiness. Each one has its speciality, and Immo Expat takes you to discover the pearl of Haute-Savoie, the station with only one purpose : bring happiness to everyone coming to...