Forever bedrock of Europe highest peak, the valley of Chamonix has seen conquerors of all times over its snowy land. The first to take possession of this unique stage, edged by the massifs of Aiguilles Rouges on the North side, and of Mont-blanc on the South side, are the Celts, in their conquest of the territory later called Gaule. The Allobroges, famous warriors, remained the holders of this place until the seizing by Rome in its imperial control of the whole Mediterranean rim, in the second century.

Then, it is the turn of the Germans to get interested into the valley, as the Burgondes enter into possession of these ruins of the Roman Empire, collapsing in the 5th century, and when they integrated the Franc kingdom, the Geneva county seized it. At the end of the Middle Ages, an emerging territory, developing in the heart of this mountain landscape to create its own identity that we know today, spreads over the Alps: the Duchy of Savoie. It will be the root of Italy’s reunification in the 19th century, but it will become part of France, with the Turin treaty of 1860, after a plebiscite where 99,8% of the Savoyards pronounced their wish to unite. 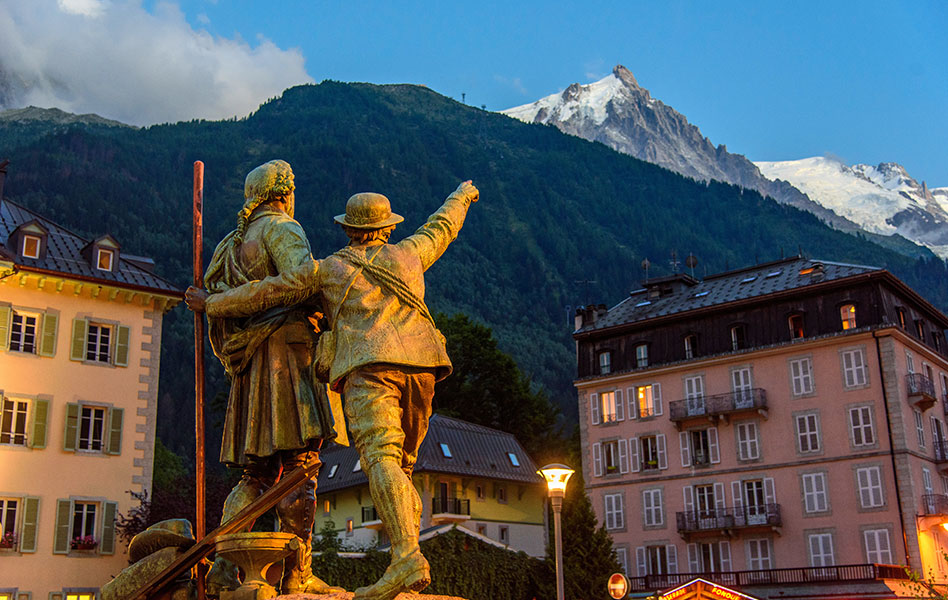 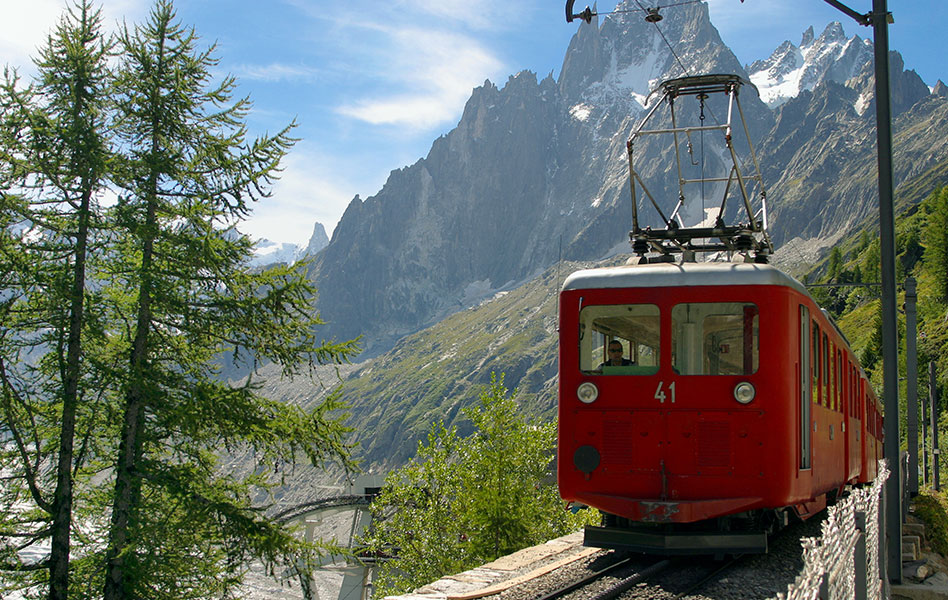 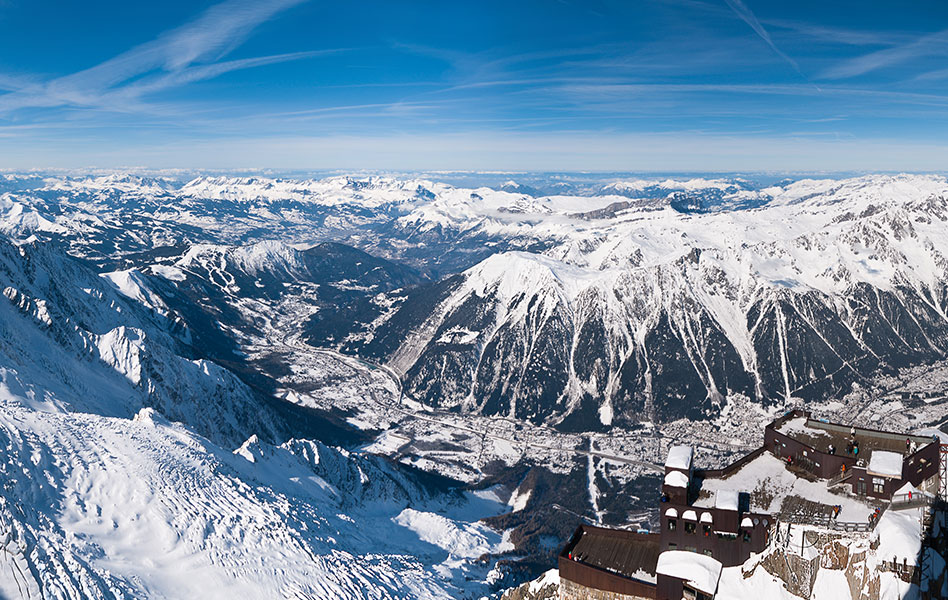 Beside these assaults and changes in power, Chamonix has also been the stage of another kind of conquest. Indeed, from the 18th century, whereas European aristocrats discover early tourism and leisure activities, two Englishmen explore what they will call the Sea of Ice, and the tale of their adventures will wander across the Old Continent, to the point where the Mont-blanc ascension becomes a goal, reached by two Chamonix men, of course, in 1786. Mountaineering was born, but also Alpine tourism, heralding the birth of inns, hotels and the Guide company.

So, Chamonix, European pioneer in this field since then, is today the prize of a new relentless conflict between many acquirers. It offers an exceptional natural heritage, filled with a unique history, developed for the enjoyment of its visitors, respecting its environment, 1 hour away from Geneva via the A40 White Motorway. The 2016-2017 years confirmed the lasting good health of the Chamonix market, and the real estate, with its traditional Savoy architecture, only gained in value. Indeed, investors are fond of these secondary residences, whose purchase is easily profitable by renting it during the two high-seasons that the valley knows, as Chamonix remains the essential and certain reference, with a guaranteed occupancy rate.

So, it is henceforth new land of conquest, that European peoples covet again. Whereas the English were pioneers in tourism, from the 18th century, but also in property investment in the 20th century, the Swiss purchasers also grew attached to this valley, decided by the last fluctuations of their money. However, the French clientèle remains largely dominant, and demand keeps rising. The new-build is especially concerned by these bonuses, particularly for prestige properties, as heads of companies, French expatriates, but also sports-persons and mountain lovers, all wishes to get a pied-à-terre in Chamonix.

In the legendary Chamonix station, at the start of the Aiguille du Midi cable car, and two steps from the centre of Chamonix, this Tourism Residence benefits from an exceptional location, with view over the ...

Forever bedrock of Europe highest peak, the valley of Chamonix has seen conquerors of all times over its snowy land. The first to take possession of this unique stage, edged by the massifs of Aiguilles Rouges on the North side, and of Mont-blanc on the South side, are the Celts, in their conquest of the territory later called Gaule. The Allobroges, famous...