THE INTERNATIONAL STATION OF THE WORLD'S GREATEST SKI AREA

Jewel of the French Alpes, two hours from Geneva and Lyon, the valley of Courchevel has known the early stages of winter sports from the beginning of the 20th century. The snow fields of Saint-Bon, Courchevel historic heart, already has an amazing reputation and its hotel Le Lac Bleu accommodates daring pioneers. Courchevel village, only a seasonal pasture hamlet, got equipped with chalet-hotels from the 1930s to welcome its first skiers, in the advent of the leisure activities era.

In a resurging post-war France, the birth certificate of Courchevel ski station is signed by Saint-Bon’s town council on May 3 1946. The first obvious construction is the road connecting the Toyets plateau, and four years later, already fifty buildings are standing. Quickly, a ski jump and a skating rink are added to shape this new ski station. In 1970, at the time of Jean Claude Killy’s exploits and after thirty years of economic growth, the new Poma telecabins appear. 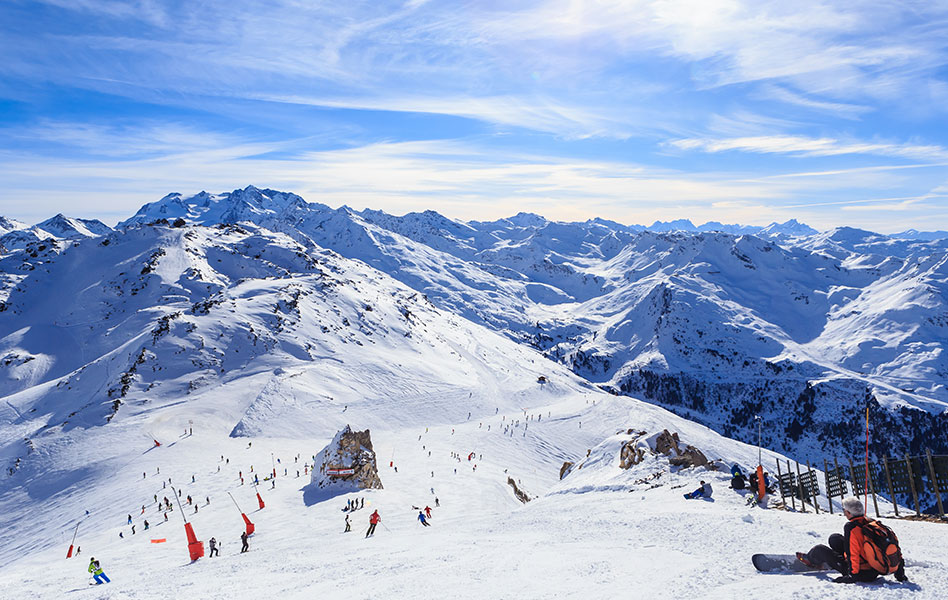 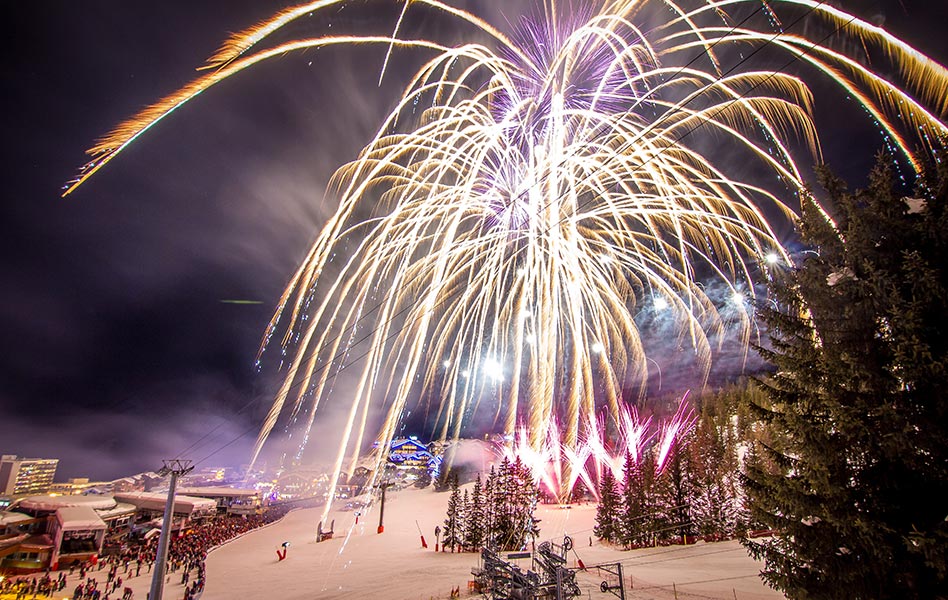 Through the great French times, the station’s history heritage remains etched on the collective memory, possessing a special value, just like these symbolic red, yellow, green and white “eggs”, highly sought-after, now sold several thousands Euros as nostalgic vestiges of the past. The Savoy station has never stopped to innovate and to create concerning winter sports and mountain equipment, allowing Courchevel to become an international reference in the prestige winter sports stations landscape.

Courchevel spreads over five altitudes, between 1100 and 1850 metres high, from the Saint-Bon village, its cradle, to the high altitude station and its international fame, where more than forty nationalities are mixed. Looking for excellence, these pasture lands became a prestigious scene, between luxury shops, gourmet restaurants with Michelin-starred chefs, art galleries and trendy night life venues, all against a panoramic backdrop of high Alpine massifs. 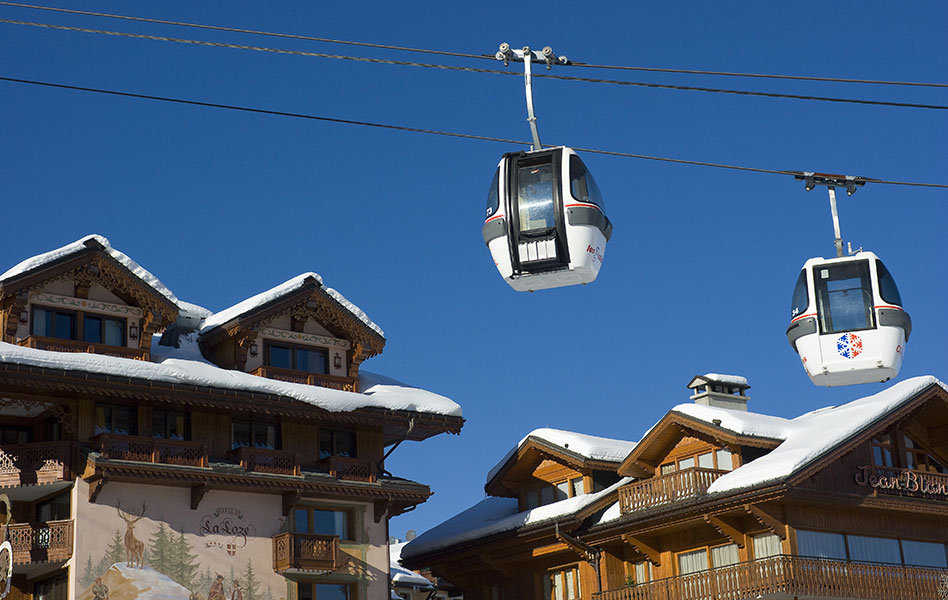 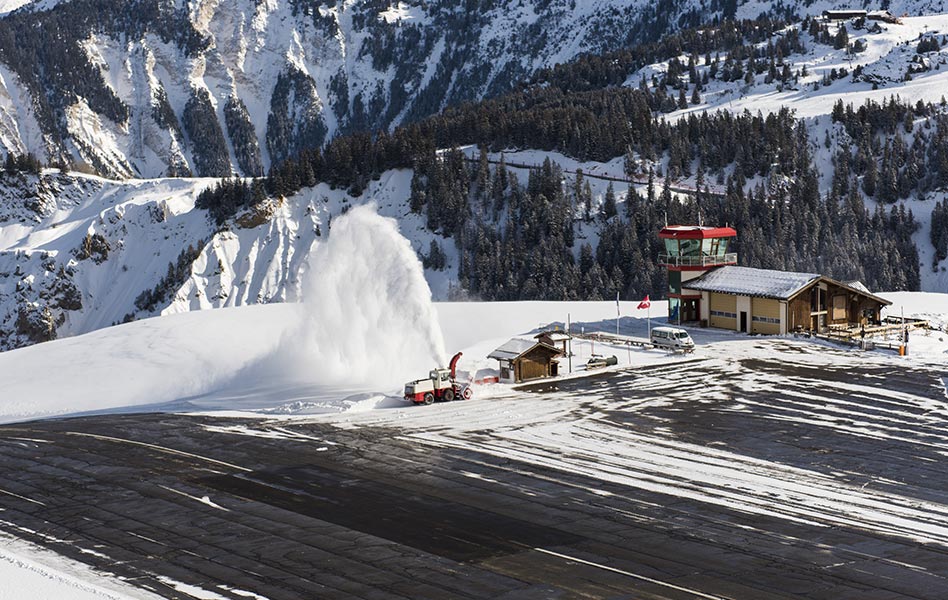 Courchevel village, 1550 metres high, is a prominent alternative in direct vicinity of the glitz, as this family village offers a direct access to the whole 3 Vallées area. In the Vanoise massif, this is the world’s largest skiing area, with 600 kilometres of prepared and maintained slopes, connecting Courchevel with seven other stations like Val Thorens, les Ménuires or Méribel. In addition to its hugeness, its reputation is based on its accessibility to all levels with 50% of easy slopes, but also on its Grand ski performances, with 111 red slopes and 30 black slopes.

To suit all tastes, Courchevel also possesses several theme parks, ZEN zones for beginners, Avalanch’Camp to learn the mountain secrets, or also Snowcross and Railpark to discover freestyle skiing. But beyond skiing, the sledge track, the sled dog rides, the hikes on foot or in snowmobile, and also ice climbing are as many available options. Last, the altiport, first mountain aerodrome with a snow-cleared track down the hill, allows to smoothly reach the station, but also to take off for spectacular flights over the French summits.

In its traditional guise, with a wood and bland stone facade, the residence is in line with the Tarentaise valley architectural heritage, imparting respect and attention to detail.Carré Blanc, it’s like a sweet invitation to ...

Jewel of the French Alpes, two hours from Geneva and Lyon, the valley of Courchevel has known the early stages of winter sports from the beginning of the 20th century. The snow fields of Saint-Bon, Courchevel historic heart, already has an amazing reputation and its hotel Le Lac Bleu accommodates daring pioneers. Courchevel village, only a seasonal pasture hamlet, got...